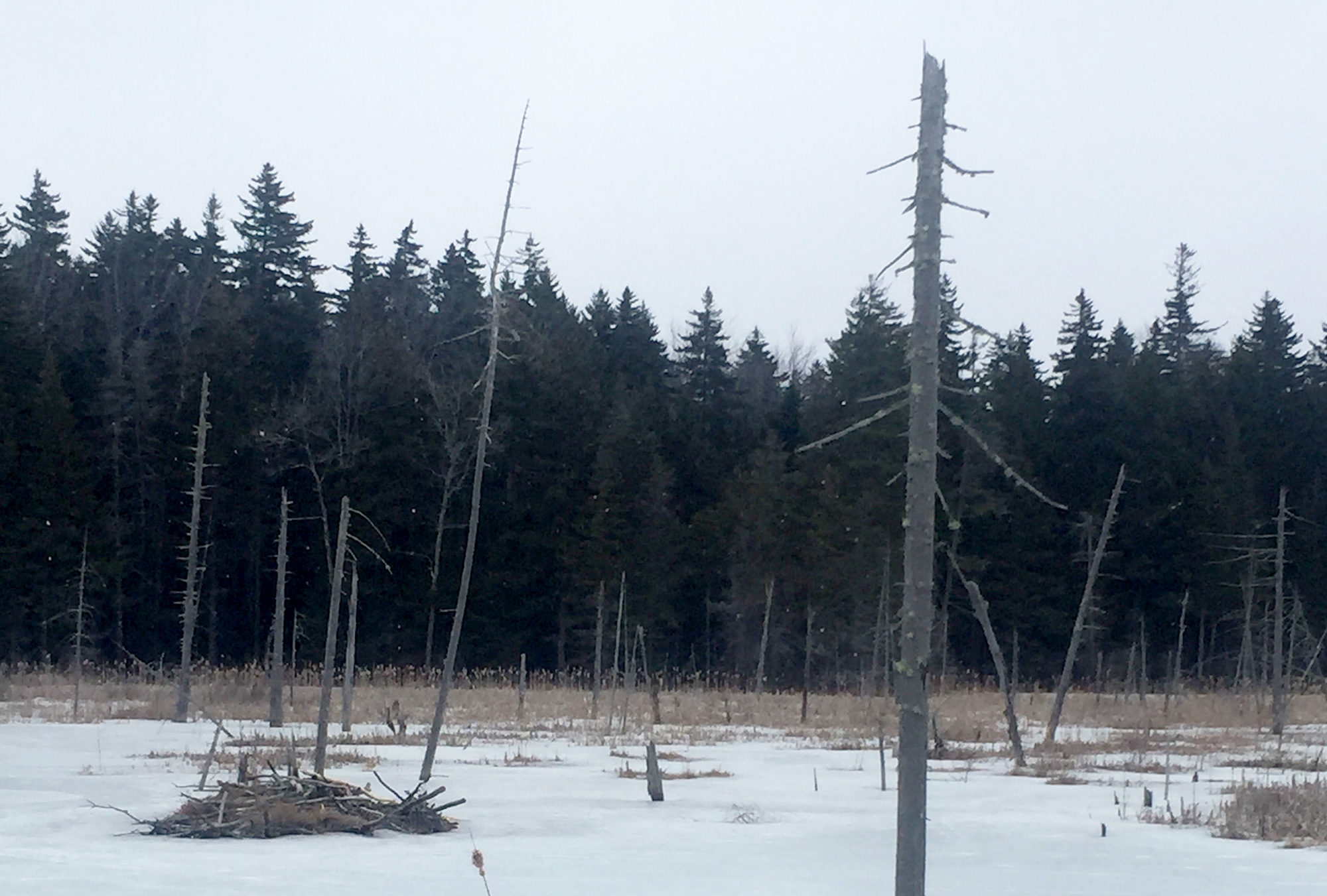 I recently visited a historic inn outside of Bangor, the sole purpose of the trip being to write. It is the off season; the place is quiet and the staff is extra accommodating. When I checked in, the clerk—who was a grandmotherly type with glasses, short gray hair, and a baggy sweatshirt prominently featuring a Maine black bear—admitted there had been some confusion about my reservation. It was her fault, she disclosed, because she’d been so flustered immediately following my phone call placing the reservation.

“That’s fine,” I said, opening my bag and fishing around for my wallet. I was eager to check in and get to work. I had chapters to write.

“I’ve gotten a lot of requests since I’ve been here,” she began, shaking her head, “but this, THIS takes the cake.”

I looked up. Now I was intrigued.

In the back office, I heard someone giggle. “Yes, I’m still going on about that woman!” the clerk shot back to the unseen giggler. “This woman called me up,” she began, grabbing my receipt off the printer with a flourish of irritation. “And she says to me, ‘I’m coming for a wedding this summer and I’ve been online. It says the inn is haunted. Is it?'”

“I told her, I’ve worked the 11-7 shift, and I haven’t seen the likes of a single ghost.” I reached down to pick up my belongings and be on my way. “But one of our regulars who comes all the time, he swears there’s a little girl running around the halls upstairs.”

Upstairs, where I was staying. I paused.

“So then the woman says, ‘I’m coming with my parents. They’re in their eighties, and I need you to guarantee they will not see a ghost while we’re there’.”

My eyebrows shot up. “She wanted you to guarantee that?”

“Guar-an-TEE!” the clerk repeated, clucking her tongue in exasperation. “And she wouldn’t accept that I just could not promise that. I wish I owned this place,” she went on. “Because I would have told her, we don’t want her staying here anyway!”

The giggling in the back room started up again. The clerk handed me my receipt. Before relinquishing her side of the paper, her brow creased and she said, “I probably shouldn’t have told you that. I hope I didn’t scare you.”

“I’m not worried about the ghosts,” I told her, taking the paper and my key.

I’ve seen plenty of them, I added silently as I headed up the stairs.

For people who believe in ghosts, there is a confirming moment, an experience that cannot be reasoned away by tricks of light or half-wakefulness or mind-altering substances. It is the instance when your blood goes cold and a strange, preemptive fear overtakes your senses. It is the moment you really see a ghost.

My pivotal experience occurred in Brooklyn. I was living in a brownstone, as Brooklynites do, and I had pestered my landlord for stories of its past inhabitants. A sea captain’s wife, he told me. I could picture her immediately: a petite willowy thing with a tiny waist and delicate hands. She lived in a state of constant anxiety when her husband was away, pacing the floors and lacing her pale fingers together. Sometimes she’d become so forlorn, she’d hitch up her skirts and climb the ladder that led to the roof, muscling through the heavy trapdoor and hoisting herself up. From there, she could just barely see the East River and the Navy Yard. She’d watch, waiting, as the sun set behind the infantile Manhattan skyline, for her beloved’s ship to return safely.

Vincent bought the brownstone in the seventies when no one wanted to live in Clinton Hill, which cozied up to the storied neighborhood of Bed-Stuy. An architect by trade and an eccentric by design, he restored the building with obsessive attention to detail, determined not to compromise its character.

The entire first floor was a library. A sliding wood-and-brass ladder accessed the upper shelves, which sagged under the weight of thousands of books. There was a grand piano, two fireplaces, and a built-in daybed in the nook where the dumbwaiter used to operate. Chic home decor magazines littered the coffee tables; they were all in German. A Russian propaganda poster exalting the communist regime was framed on the wall leading to the garden level kitchen. There, the floors were original slate, and the coal shed had been converted to a drafty pantry. There were bars on the windows and more than one lock on the doors.

Stairs creaked in the brownstone; there was no way to travel stealthily. On the second floor where I lived, the front and back bedrooms shared a large walk-through closet. I claimed more space there than Ryan, the photography student who modeled nude to pay his tuition. Luckily I’d completed my drawing credits before we met. Ryan owned a handful of sweaters, a few pairs of worn out corduroys, and leather boots he definitely found at a flea market on 6th Avenue. He only drank coffee from a French press. Ryan rarely washed his hair, which was thick and brown and stood on end. He was channeling Harry Styles before Harry Styles knew he’d ever be channeled.

The third floor housed Vincent’s room, the room his young daughter used when she wasn’t staying with her mother, and a tiny bedroom no bigger than a closet that he rented for $500 a month. The German graduate student who left after September 11th was replaced by a young Russian, an architecture major at Pratt. She visited Ryan’s room often, because her accommodations were claustrophobic and his were grand by comparison. Or so she said. Eventually Vincent asked her to leave because she never washed her own dishes.

What would the sea captain’s wife have thought of this motley crew who’d taken over her home?

I’ll never know for sure. It wasn’t she who visited me late one night.

I opened my eyes in the dead darkness and saw the sea captain standing at the foot of the bed. He was dressed in a brown jacket and trousers, clutching his hat in his hands. His hair was unruly, not unlike Ryan’s. He stood there, watching me. I threw the covers over my head and hid, frozen, while my heart slammed. When I dared to peek again, he was gone.

The next morning, my boyfriend, who had been sleeping next to me, rolled toward me and said, “Jesus, you’re never going to believe what I saw last night.”

That was the moment my blood went cold.

We never saw the man again. We didn’t need to. There was no doubt in either of our minds about what we saw that night. The same clothes. The same vacant expression. The same man.

Back at the inn, late at night, I thought about the girl in the hallway. I imagined she was six, with blonde curls, a long white nightgown, and a heart-shaped face. I closed my eyes and listened for her running footsteps. I heard a creak, a cough, the strike of a match. A giggle.

The inn is haunted. Guar-an-TEED.