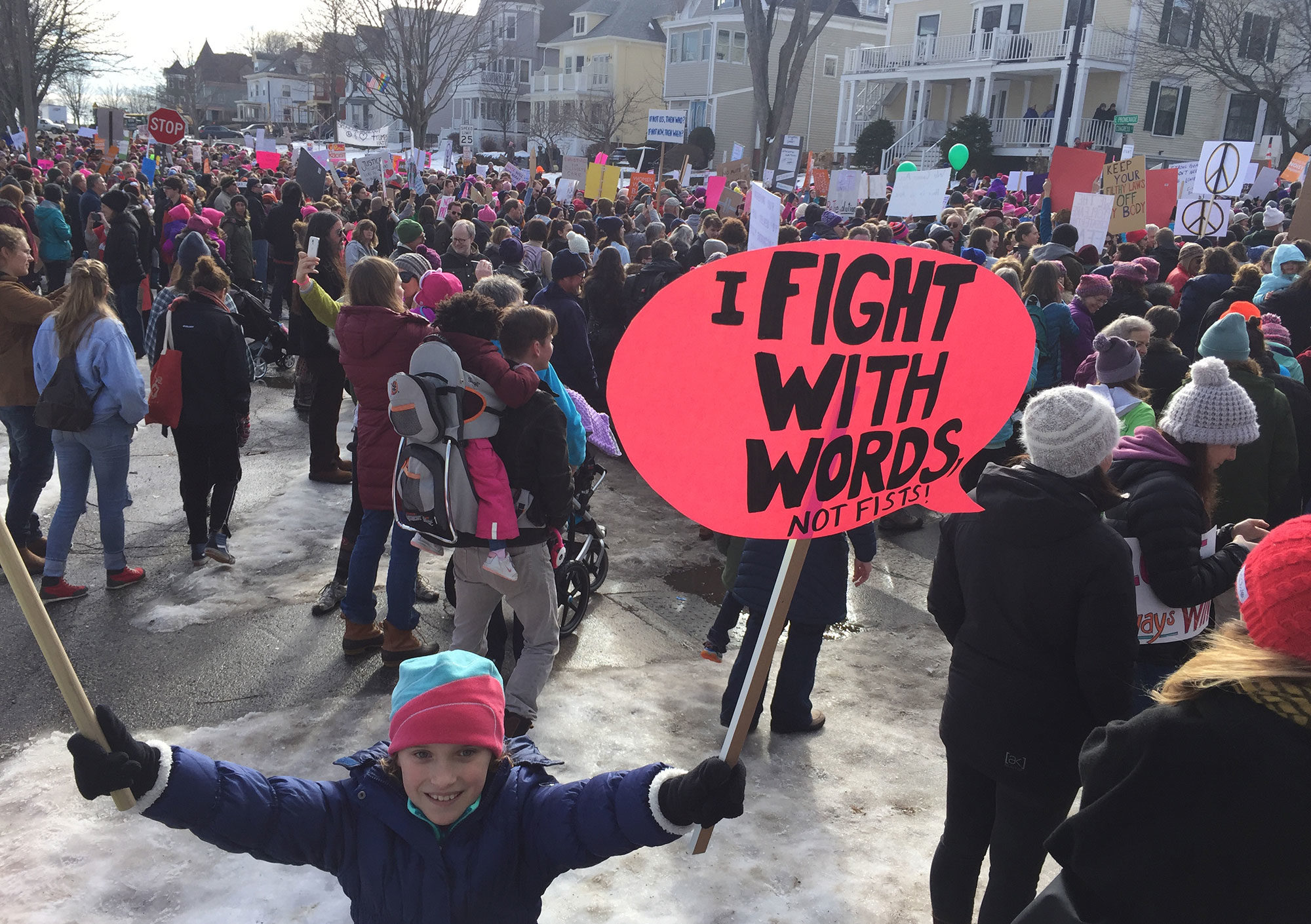 I am not an angry person. I’m not prone to outbursts, and I will bend myself into a proverbial pretzel to avoid confrontation. I envy people who can argue their points passionately in the face of opposition without getting riled and tongue-tied.

The past 435 days have been challenging for me. For many of us.

On the up side, I’ve never been more engaged in politics than I was during the 2016 election. For the first time in my life, I didn’t just want a candidate to win. I needed her to win.

We all know how that turned out.

In the wake of the election, I felt a kind of anger I hadn’t experienced before. A helpless, pent-up unrest, and the burning resentment of loss. I have friends who are fantastically eloquent speakers, who brought their voices to rallies and to Facebook posts and to combative holiday meals. I thumbs-uped their impassioned diatribes and cheers-ed their speeches. I carried signs at protests and bought t-shirts, so many t-shirts. I listened to Rage Against the Machine at decibals beyond what might be considered safe.

Still, I struggled to articulate my personal anger.

Three years before, “T.B.O.” (aka The Big Orange) was anything more than a reality-TV-star-slash-billionaire, I wrote a story that may sound uncannily familiar. Imagine: An America gripped by intolerance, nativism, and xenophobia. A dark horse candidate who promises to fix it all. An unexpected victory and a society that descends into civil war. Weird, right? Sidebar and weirder still, all the main plot points were based on my research into how Hitler rose to power and subsequently convinced a nation that antisemitism was totally legit… but I digress. Getting back to the story I wrote, set in present-day America… before 2016, my agent felt the tale was too dystopic to submit. The destitute-future-genre was a ship that sailed away with The Hunger Games, and those kinds of stories were no longer selling. Fair enough.

Then T.B.O. announced his candidacy.

My agent suggested we dust off that draft. It was no longer dystopia. It was modern fiction. And barely fiction, at that.

Finally, I had found a place to channel my anger.

Being able to focus on something manageable and within my control was like being thrown a life preserver in a sea of chaos. My agent, similarly aggrieved, and I worked tirelessly on that draft. We volleyed ideas at a relentless pace, sharing articles and news highlights and disgust. It was therapeutic. It was like screaming the lyrics to Killing In The Name into the keyboard. Fuck you, I won’t do what you tell me. When I hit the last period on that manuscript, I felt like my voice had been heard.

Here’s what else happened: That helpless, pent-up unrest transformed into knowledge. My understanding of the United States immigration policy broadened significantly, as did my awareness of feminism, systemic racism, and nepotism. I have a grasp on how the government and its agencies could (not would, necessarily, but could) put the brakes on the development of a totalitarian regime… and how that same government might still be overpowered by a wannabe dictator. I’ve learned about the limited jurisdiction of the military on US soil. I’ve seen how the will of the people can be used, and abused. I’ve realized how incredibly fragile our freedom is.

I’ve come to appreciate the value of anger.

Now, let’s all agree, some anger management techniques are just blatantly inappropriate (like Twitter storms and tiki torches, just to name two that come immediately to mind). But there are also ways to manage angry energy that yield highly satisfying and productive results. The important thing is to do something with that energy, lest it eat you up inside. Ideally, do something that will change the course of the thing you’re so angry about, even if the only course it changes is your own.

Do you want to know what every editor who read that manuscript said when he or she rejected it?

It was too real.

I’ll take that as a compliment.